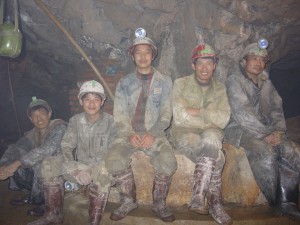 As an exploration geologist I have worked or visited projects in the America’s, Asia-Pacific and Africa-Eurasia regions. This work has involved exposure to many diverse environments. I have extensively photographed project sites, activities, people and communities related to international exploration and mining.

This is a series of photos representing my work in this field.

The underground gold miners photo (above) was taken at 700m depth in a underground Chinese gold mine. I was conducting due diligence on this project and had been working underground for a month. The miners were waiting for an extended time at the shaft for the skip (a bucket) to return them to the surface. I was also waiting at the shaft and I approached them and requested in Mandarin if I could photograph them. They agreed but were surprised as they told me usually only famous figures are photographed. This was the first time any of them had been photographed. I printed copies of the photo on site, laminated them and delivered them to their temporary village accommodation the next day. They were surprised and excited to receive a copy.

This photograph was selected as a finalist for the Archibald Photographic Portrait Prize and hung at the Art Gallery of New South Wales in 2006. 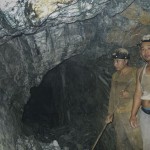 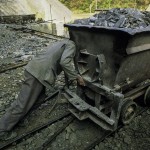 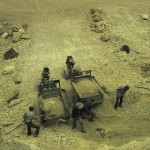 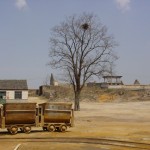 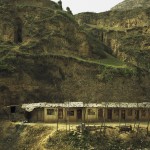 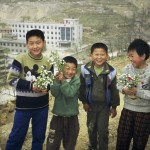 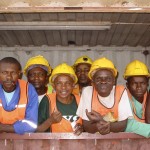